The SpaceWire router is intended for building scalable on-board communicational structures (SpaceWire networks) with high throughput on the base of SpaceWire protocols for distributed computing and control systems, parallel systems of signal and data processing. It is based on the SpaceWire router chip 1892ХД2Я (МСК-01) by ELVEES company, supports the Remote Memory Access Protocol for remote control from PC with SpiNSAW software.

The SpaceWire-Giga – SpaceWire board can be used as a bridge between SpaceWire and GigaSpaceWire channels. The board can be part of computational and control systems, parallel signal and data processing systems.

System provides the full flow of automated design and simulation of onboard networks:

SpaceWire-Plug-and-Play is designed to reduce development time, assembling and adjustment spacecraft, to reduce risks of mismatch and human error probability during design and assembling spacecraft, to increase quality and reliability spacecraft functioning.
The result of the applied scientific research is formulation the draft of Plug-and-Play protocols specification standard for SpaceWire networks for presentation to Russian and international organizations of space systems standardization.

The draft of Plug-and-Play protocols specification standard includes the following:

The software and hardware technology demonstrator was created, which includes fulfillment the following tasks:

Applied scientific research “Technology and tools for developing portable software for heterogeneous multi-core embedded systems”.
Agreement on granting a subsidy from the Ministry of Education and Science of the Russian Federation of June 17, 2014 No. 14.575.21.0021 within the framework of the federal target program “Research and Development in Priority Areas for the Development of the Russian Science and Technology Complex for 2014-2020”

The purpose of applied scientific research is to develop technologies for the development of high-performance software for multi-core embedded systems.

The software component of the visual interactive environment

The software component of early estimation and analysis 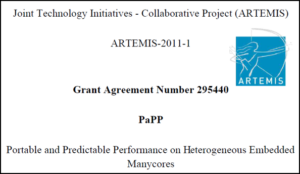 In the framework of the project, high-level methods, tools for modeling and analyzing the performance of systems with multi-core and heterogeneous architecture were researched. Methodologies and tools were developed to implement all phases of the PaPP project: domain specific programming language for high-level design, tools for early verification and validation, analysis and study of design exploration space, modeling, code generation from high-level models that satisfying the performance requirements for the selected hardware platform.

For approbation following examples were used:

The SpaceWire-RT project within the framework of the European 7th Framework Program, in an international consortium 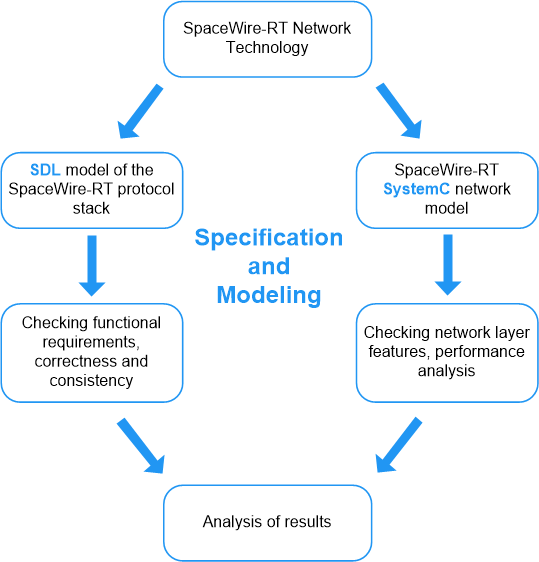 Implementation of a complex project of development of high-tech production “Creation of a technology for the design and high-tech production of hardware and software components of the information and computing environment and peripheral devices for new-generation avionics equipment (AE) complexes based on the concepts of integrated modular avionics and maintenance-free services”
under the contract of September 7, 2010 No. 13.G36.31.0003 with the Ministry of Education and Science of Russia and the contract No. 471-2D of 12.07.2010 GUAP – NIIAO

During the project were created:

In this project the UniPro protocol was simulated on SystemC, the SDL specification was created and verified.